Early morning*, trip to the train station, coffee at Mr Bun’s. This time we were travelling to Khao Yai National Park.

*As always, leaving home later than we had planned.

Upon boarding the 3rd class train to Pak Chong we got slightly irritated by being asked to sit in allocated seats squeezed next to somebody, even though the rest of the train was almost empty. Believing it was common sense to sit wherever we pleased on a rusty empty train, we ignored the order. We felt a bit childish and pretended to be sleeping whenever we saw the conductor coming our way – things you have to do to make common sense common…

Landscape started changing past Ayutthaya. We noticed most train and bus staff take extra care of tourists, and always advise of stops and connections. Many backpackers don’t research enough I guess. 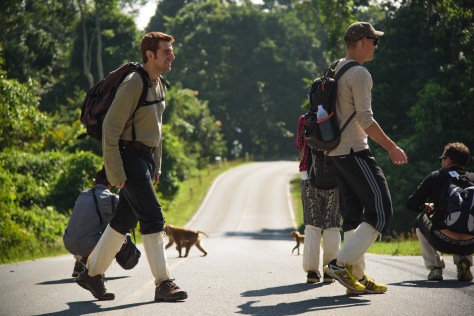 Once at Pak Chong train station, 500bht van/tuktuk rides were on offer to Khaoyai National Park, but we had read we can get there by songhtaew (open-end truck). We had a quick meal at 7-11 on the main road, and within 3 minutes we found the big truck. We hopped on, and in 50 minutes we took off (GPS in hand just to track our location).

It was only a quick ride of no more than 20 minutes. The gloomy weather, local shops and surroundings reminded me of Lithuanian scenery during autumn. We pressed the buzzer around the area where we had to get off, and paid 40 baht each (Thais before us paid 30, but no biggie).

The market on the main road was very local, a big 7-11 and bars were also just there. I thought Khao Yai was a tranquil retreat, but that’s just in the actual National Park, the surroundings are mostly residential areas, shops and hotels.

Just after we had checked-in, the friendly owner arranged for us to join the evening tour for observation of millions of bats leaving a cave. We were late so we missed the swimming part, but we were taken to a cave to see some giant insects and bats (which was pretty cool), and then to some potato/corn field to watch the bats, which turned out to be nothing exciting. It was dark, and we could hardly see the bats, let alone take pictures/videos. The most exciting part was seeing the insects! And of course, 7-11 sandwiches. And bed. 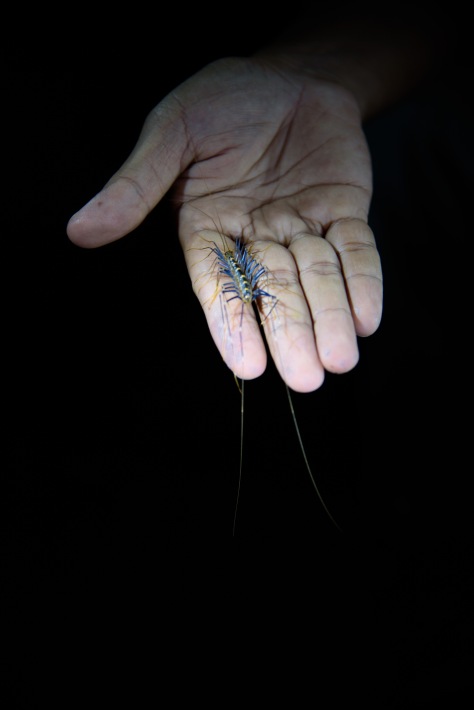 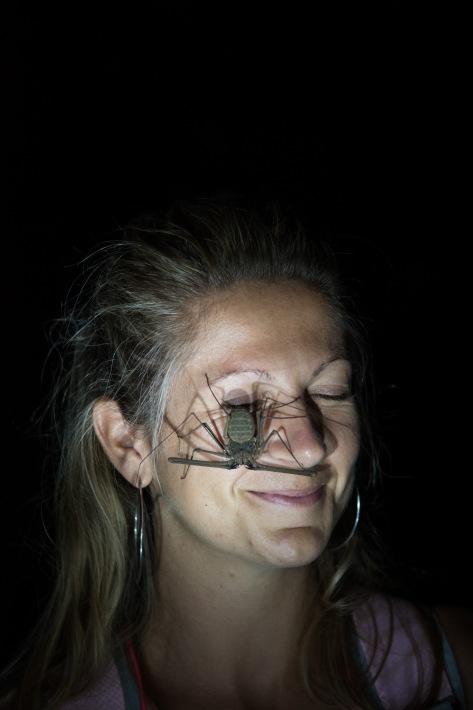 The morning was spectacular due to the sun shining on the huge garden with rocky peaks surrounding the hotel area. Promptly at 8.30 we were picked up by the tour company (Green Leaf Guesthouse and Tour) and were driven to the park. We saw deers, watched gibbons for a bit (that was fun) and stopped at the information centre for a coffee. We found out that campsites cost 60-90 baht per night, 230 if you don’t have your own tent. The park opens at 6am, and closes at 6pm. Bungalows were offered from 800 baht per night for two. Check out the DNP website for prices and accommodation reservations in Thailand’s national parks.

The ride in the truck was fun with great views. We stopped at one of the peaks and were given ‘leech socks’. Luckily we didn’t see any, but we brought a mite back to Bangkok, so be sure to check yourself  once you’re back! 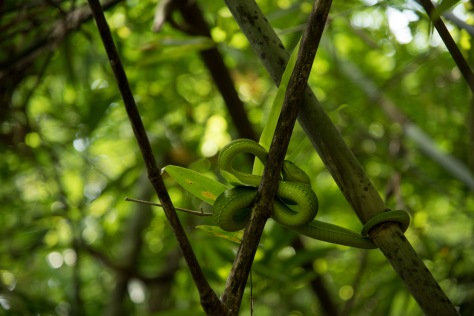 Now the 4km trek to the waterfalls included a snake crossing our path (scared us), spotting of a Siamese crocodile, a glimpse at a roaming elephant family, and a scorpion “show” at 2pm – we were basically walking through the jungle and the guide took us to a spot where it felt the scorpion was just placed there! But he knew his stuff and the poor little creature “entertained” us for a good 10 minutes, probably thinking “If I follow the script, they won’t fry me on Khao San Road”.

On the day of check-out we had good continental breakfast again, and chilled-out in the garden. We took the truck back to Pakchong and there was only a 3rd class train available – it was packed! So if you do want to travel with air-con get your tickets in advance. The view from the window was nice. At 12pm all the Thais started eating. I even saw some people who had brought their own travel containers for rice and they just ate everything with it – meat, fish, fruit… 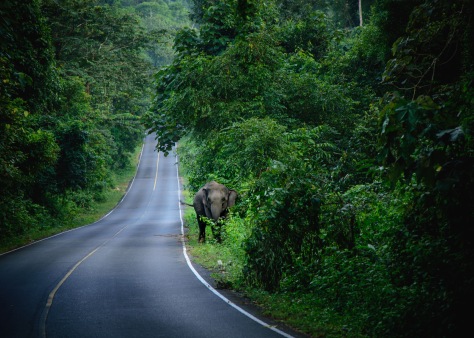 The experience was pleasant because of the educated and fun guide(s). Even though we generally don’t like organised tours we’re happy we booked one as otherwise we would have never stepped into the jungle – it’s just not our thing. Forests were just like in the UK but with lots of creatures. We don’t really enjoy constantly focusing on insects and stuff, we much prefer European forests and nature, perhaps just because we know it better.

The downside is that the tour guides only give you a little time to see the waterfalls (pretty typical for tours), which are beautiful! So if you want to chill out or take photos, you’re better off going by yourself and taking your time. We only had one day though, and we were staying outside of the national park, so getting the tour was the most reasonable option for us.

I’d say the best thing is to rent a motorbike in Pak Chong, drive (straight down the road) to the national park, pay the entry fee and either camp properly for 200 baht, or stay in a fan room for 800, which in our opinion may have more bugs and stuff coming in through holes, whereas a tent would hopefully be seamless. The whole park is very modern with roads nicer than in many parts of Bangkok with easy access to waterfalls, viewpoints and wildlife watching towers. 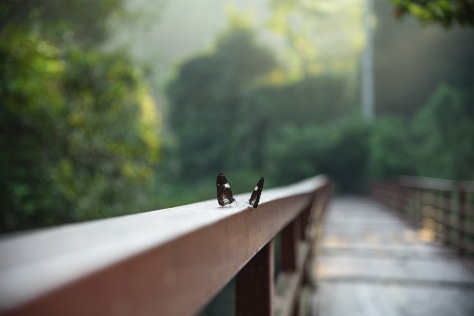