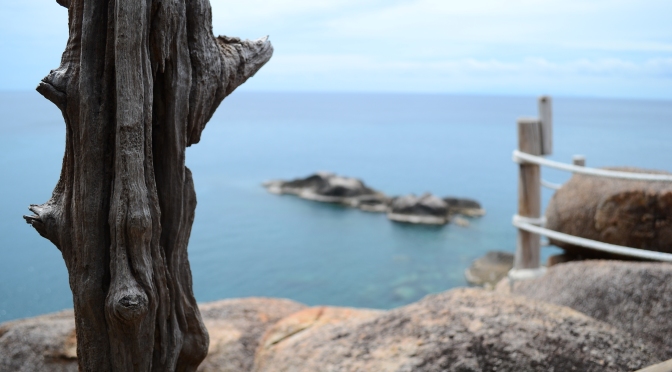 Have you settled for what you get… not what you want?

Some people have beliefs where they just won’t do something no matter what – won’t wear certain clothes, won’t speak in public, or won’t experiment trying unusual foods. They do it knowing that these things can get in the way of living the life they want to live, that these things can halt their progress or damage their personal ‘brand’. I used to give funny looks to people who wouldn’t accept a fun drinking challenge offered in a social setting, or someone who wouldn’t try a certain food. I used to think they should be more flexible.
The only difference, however, was that those people had set certain standards in their lives, and I hadn’t. I was just cruising, following the river’s current. I wasn’t bothered about the outcomes of my actions, and I was settling for what I get, because I didn’t know what I want.

I was avoiding situations where I felt incompetent, yet those situations kept popping up wherever I went! I was constantly meeting people, visiting places, and doing things that made me feel awkward. I was just killing time to keep minor social connections in check.

But just a little over three years ago my beliefs, values, and circumstances changed. I became one of those people who can actually say ‘no’ now. I say ‘no’ to big dinners or weird foods because I know my body, and I would feel uncomfortable the next day, instead of performing my best. I say ‘no’ to fun drinking games because that would eliminate a day’s worth of progress just for the body to recover.

“Raise your standards” – these were the three words that changed everything. By establishing my own values and learning how to say ‘no’ I was able to see a certain shift in my life. I am not saying I don’t end up in situations where I feel incompetent or awkward, but the number has dropped significantly. It also doesn’t mean that I know what I want in life. However there are certain things that I now know I don’t want and I will not do. I will not be bossed around because I am an adult with critical thinking skills. I will not do things I don’t like, because there are many that I do, and I do them well. I will not work in a place I am not happy with, because I know what I am capable of.

When I realised that I am the one setting my own standards and setting my own price, for the first time in my life I felt confident. Up to this point I was chasing circumstances, because I was afraid of losing a job, losing connections, stability. I realised that I am the one who decides whether to take up a crappy job ASAP, or wait it out until a better one comes along. And it always does. Once I applied this to everyday life, I started creating a life that I want to live – a life up to my standards.

In the past 6 months many things have happened to me and Auste that prove how it really works, at least on a small scale. But hey, minor things matter, as they become major things.

One of the biggest changes though was our decision to change jobs recently. Both of us were not particularly happy with the workplaces we were in at the time. Lots of pressure, tons of time wasted on worthless admin tasks and so little focus for what really matters: actually teaching the students. Students, most of whom had almost zero motivation. Not surprising when their teachers spent most of their time entering grades… Yet the stability that came with the job was tempting to stay: we were familiar with the schools, our colleagues, the procedures and expectations. Our working visas were almost sorted as well. Moving somewhere else meant starting everything all over again.

And yet we did. We found jobs for the summer – which were only one month contracts, most likely leading to offers to stay for the full school year. The chances were high though, and we decided to risk it. Sometimes you just have to trust that things will work out. And when you have set standards, you know you will not settle for just anything that comes along.

And here we are now, a couple of months later – both working in places we’re really happy with. Is everything perfect? Of course not. Do we work less than we did before? No, not at all. But yet, one thing is very different: the balance between the work that we have to do and the work which we want to do. We have more flexibility to focus on what matters to us. And most importantly, we both have students who want to learn. We both have classes that are a joy to teach. We can see the results of the efforts we put into planning our lessons. Yes, we still have some students that are not really interested in anything, but the numbers of these are much lower.

It doesn’t mean that you have to run away from every situation that doesn’t meet your expectations. Auste and I always try to make the best of what we have at any point in our lives. But you need to notice when it’s time to change. Sometimes no matter how much you try to make it better, you’re just battling windmills. There is a big difference:
“Working hard for something we don’t care about is called stress. Working hard for something we love is called passion.” – Simon Sinek